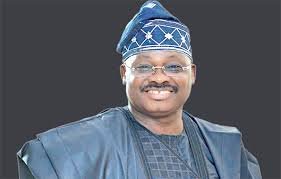 Isiaka Abiola Ajimobi (born 16 December 1949) is a Nigerian politician[2][3] from Oyo State, south-western Nigeria. He was formerly the Managing Director/Chief Executive Officer of the National Oil and Chemical Marketing Company a subsidiary of Shell Petroleum, Nigeria. He left the oil sector in 2002 after 26 years, and was elected in 2003 as a Senator of the Republic of Nigeria representing Oyo South Senatorial District on the platform of the Alliance for Democracy (AD). After one term in the senate, he contested in 2007 for the governorship of Oyo state under the banner of the All Nigeria People’s Party, a bid which he lost.[4] He recontested again in the April 2011 elections under the Action Congress of Nigeria and was elected Governor of Oyo State in a closely contested vote.

Abiola Ajimobi was born on 16 December 1949 to the Ajimobi of Ibadan at Oja-Iba, Ibadan. His grandfather was Sobaloju of Ibadan Land (a chief in the royal court of Ibadan). His uncle, Hon. N.A. Ajimobi was minister of works and transport in the Western Region. His father, Pa Ajimobi, was also an Honourable member of the House of Assembly in the Old Western region. He started his education at Saint Patricks Primary School, Oke-Padre in Ibadan. He completed his primary education at Ibadan City Council Primary School, Aperin. His secondary education was at Lagelu Grammar School.[6] As a high school student he was active in athletics, table tennis, and football including serving as the school’s games prefect.

Ajimobi university education was in the United States of America, where he studied Business Administration and Finance at the State University of New York, in Buffalo, New York graduating with a Bachelor of Science degree. His MBA was in Operations Research and Marketing with a concentration in Finance at Governors State University, University Park, Illinois.
Personal life

In 1980, Ajimobi married Florence Ajimobi and they have five children. His first daughter is Abisola Kola-Daisi.

On the 5th of June, 2020, a report circulated virally on social media that former governor of Oyo State, Senator Abiola Ajimobi was allegedly hospitalized in Lagos After testing positive For coronavirus.

Ajimobi contested for a second term in an election that took place on April 11, 2015. Ajimobi contested under the All Progressive Congress for re-election against two of his predecessors in office, Christopher Alao Akala and Rashidi Adewolu Ladoja. In the event of his re-election into office as the Governor, Ajimobi is the first person to occupy the seat twice and as well in succession.[8][9] He was declared the winner of the Oyo State gubernatorial election by the Independent Electoral Commission.

Former Oyo State Governor and factional Chairman of the All Progressives Congress, Senator Abiola Ajimobi, has been trending for hours now.

And according to those stoking the story, the Koseleri exponent is allegedly dead.

However to counter the rumour, his spokesman, Bolaji Tunji, had to quickly quip on his Facebook page: “Kindly disregard all the rumours, just rumours. In all, we remain prayerful.”

Ajimobi, it would be recalled, has allegedly been in coma for days now at a Lagos hospital, with his indisposition attributed strongly to complications arising from the dreaded COVID-19.

The crisis rocking the ruling All Progressives Congress (APC) worsened this morning of Wednesday when the party’s Deputy National Secretary, Chief Victor Giadom, took over as the party’s Acting National Chairman.

He promptly annulled the results of the recent Edo State governorship screening exercise that controversially disqualified Governor Godwin Obaseki, leading to his resignation from the party along with his deputy, Comrade Philip Shaibu.

The action followed the Court of Appeal’s upholding of the suspension of the party’s National Chairman, Comrade Adams Oshiomhole.

However, Giadom promptly rejected Ajimoi’s appointment. He said late last night via a statement signed by his Counsel, Chief Wole Afolabi: “Our attention has been drawn to a Statement purportedly issued by the Publicity Secretary of the APC to the effect that Senator Abiola Ajumobi is to act as the National Chairman of APC following the suspension from office of Comrade Adams Oshiomhole by the Court of Appeal.

“We wish to state that the statement must have been issued in complete ignorance of the order of the FCT High Court issued on 16th of March, 2020, by Hon. Justice S.U Bature in Suit No. FCT/HC/M/6447/2020 to the effect that Chief Victor Giadom is to act as the National Chairman of the party due to the suspension of Adams Oshiomhole as the National Chairman.

“Consequently, we have written to all law-enforcement agencies to implement the said order and any one who attempts to parade himself/herself other than Chief Victor Giadom as the Acting Chairman of the APC would be facing contempt of court proceedings.” 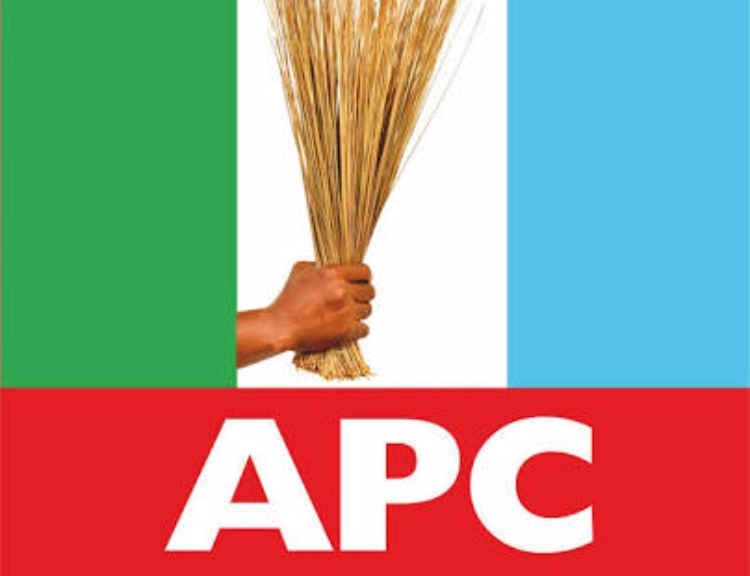 The National Working Committee of the All Progressives Congress has approved new National Officers for the party.

The new appointments was confirmed in a statement by the party’s National Publicity Secretary, Lanre Issa-Onilu, on Wednesday.

Issa-Onilu said the decision was reached on January 14, 2020 during the meeting of the NWC at the party’s National Secretariat in Abuja.

Issa-Onilu said filling the position of the National Secretary became imperative following the resignation of Mai Mala Buni, who is now the Governor of Yobe State.