These are some of the victims of the ill-fated crash on Sunday in Lagos involving Dana Air. The list is not exhaustive.

It will be a very sad loss for the family of the Onitas, who lost two of their daughters on Sunday to the ill-fated Dana aircrash.

The young ladies, Josephine Anita and Jennifer, were probably paying a visit home before the unfortunate incident.

Two duo, who lived in Houston, Missouri City until their death, were the daughters of Pastor Solomon and Oyinlola Onita, pastors of the Redeemed Christian Church of God, Stafford, Texas.

Jennifer was into church support services and outreach, and combined her dedication to faith task with her degree programme of Engineering at Texas Tech University.

On her part, Josephine studied accounting at University of North Texas, and works as a financial and tax accountant at the Financial and Tax office, Houston.

President Goodluck Jonathan on Monday shed tears during his visit to the site where a Dana plane crashed on Sunday evening, killing everyone on board in Lagos.

The president promised a thorough investigation into the incidence that led to the crash.

This particular incident is a major setback for us … I will make sure that this will not repeat itself in the country.”

More casualties are still being recorded from the Dana Air crash that took place in Lagos on Sunday. When Jungle Journalist arrived the scene, NAMA officials, the Red Cross, Police, Army, Naval and Airforce, as well as Civil Defence were seen at the scene helping to remove the bodies of the dead. With a caterpillar, a two-storey building housing affected was being carefully torn. One young man who walked about dejectedly said that his sister was one of those killed in the crash. The young man, who identified himself as Emmanuel Otu, who said he is form Cross River State, said his sister and her family, who has been married for some year was one of the victims. He said he had been called as the only relative to her aro0und to go quickly to her house, as their house is burning. “I did not know this place before but I was able to locate it. By the time I got here, the whole place was burning and there were fumes everywhere. I had been hoping that my sister escaped, but when I saw her two kids, they told me their parents died in the crash. They had gone out to buy something. My sister was playing a neighbor’s hair while her husband was carrying the baby in the bedroom when the boys went out. They did not return to the house as it was burning when they got back. Everyone in the flat died. Odika Daniel, an engineer also said that he might have survived the crash juts because he was away at work “I was there in my work place when I got a call that my house is burning. I had to rush home but by the time I got here, the fire has escalated. I could neither go in there or do anything. There was so much crowd too, and confusion. We lost everything, but am happy my younger brother, Emeka was able to escape”. Another neighbor said that the major reason the fire killed everybody on board was because of the bad roads, as well as lack of water. Initially, when the plane fell, we heard people screaming for help, they were trapped in the aircraft and could have escaped. But the fire was too much. The smoke was too much. We could not do anything, and because of the bad road, the Fire Service could not come in on time. Everything was burning, the houses, the plane, everything, but we could not do anything. We were helpless. Bodies of the dead were falling out every five minutes. 11 bodies in all were removed, bagged and taken to an ambulance while Jungle Journalist was there. Speaking to Jungle Journalist, Red Cross Information Adviser for Lagos State, Godwin Johnson said that no one survived in the crash. He also said that 137 bodies have been removed so far. “Look at that ambulance, it’s full of bodies. At the last count, 68 have been placed in it. The only people who escaped were those who were able to run out yesterday. We could not rescue any injured people. They all died.” he informed.

These are trying times. What about a little laughter for a change- 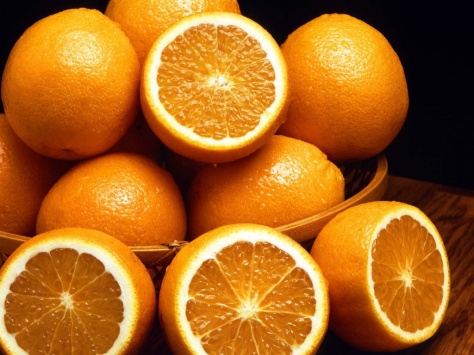 Two little boys stole a bag of orange from their neighbor & decided to go to a calm place to share the loot” one of them suggested the nearby cemetery .As they were jumping the big gate to enter the cemetery, two oranges fell out of the bag behind the gate’ but they didn’t bother to pick them since they had enough in d bag .Few mins later A drunk(beer man)on his way from a local bar passes near the cemetery gate and heard a voice:“One for me, one for you. “One for me, one for you”He immediately sobers up and runs as fast as he can to the local priest.”Father please come with me,come and witness God & Satan sharing corpse at the cemetery.”They both ran back to the cemetery gate and the voice continued:”One for me, one for you, one for me, one for you..Suddenly the voice stop counting and says:“What about the two at the gate?”Omo come see marathon ….even the priest almost pass church gate !!!shouting we are not dead yet…. Enjoy the rest of ur weekend — 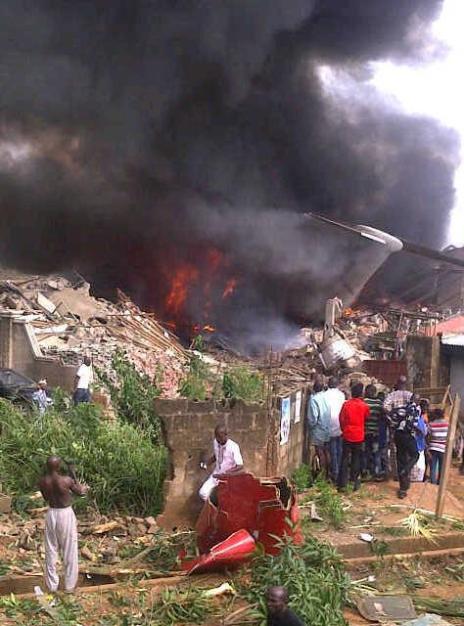 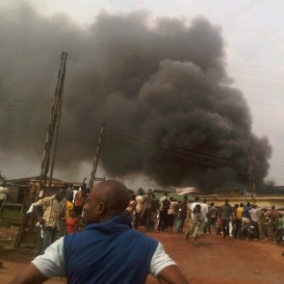 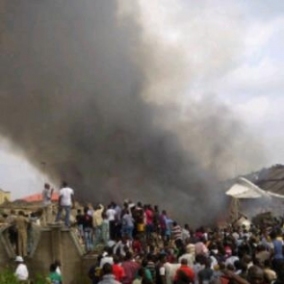 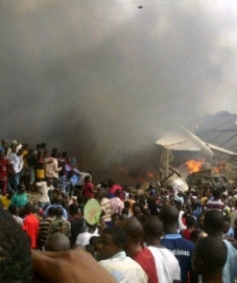 Unconfirmed reports reaching Jungle Journalist has it that the plane crash that just happened in Lagos crashed into the house of Sir Shina Peters, the Afrojuju maestro. The house is located at Akande Street @ Iju ishaga, Agbado – Lagos, and is said to be burning along with the aircraft carrying 162 passengers. Several other houses are affected too.

No survivor has been reported yet.

A commercial airliner operated by DANA Air has crashed in the Iju area of Lagos. The aircraft was arriving from Abuja on a local flight when it crashed into a powerline in the area. The airliner has 153 passengers on board, though other reports say there are 162.