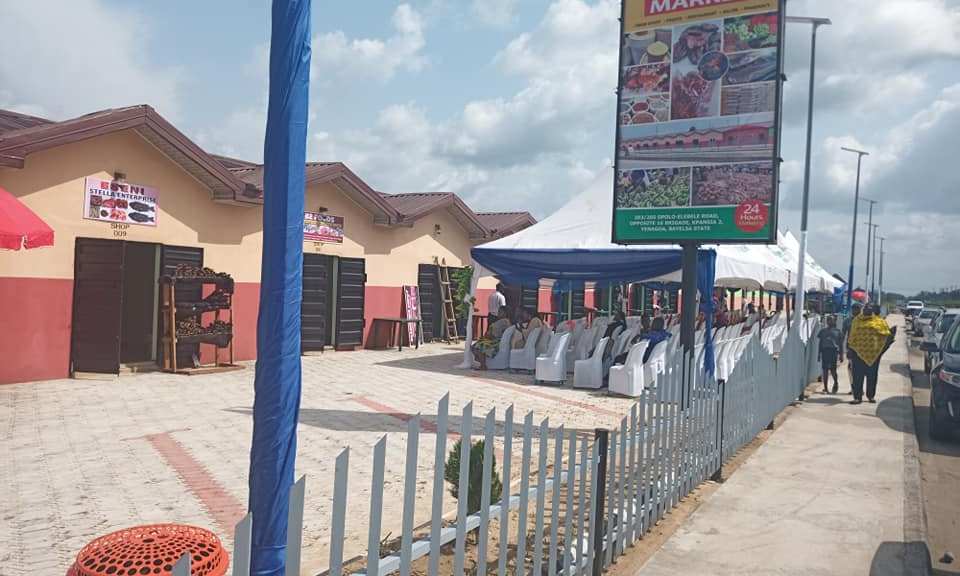 The Bayelsa State Governor, Senator Douye Diri has called for more private investments in a bid to boost the economic development of the State.

He made the call on Monday during the Commissioning of the Bovie Commodity Market, Kpansia 2, Yenagoa.

Governor Diri noted that the Bovie Commodity Market which focuses on food distribution across the State and nation would greatly increase the revenue of the State.

The Governor who was represented by the Commissioner for Trade, Industry and Investment, Hon. Stanley Braboke expressed delight that the market is indigenously owned with a concentrated effort on employing over 250 persons in the State.

He further called upon other industrious individuals in the State to Invest in Bayelsa, adding that it was an error to invest in other States without first investing in Bayelsa, and pledged the Government’s support to all investors saying Bayelsa is a safe haven for investors.

The Governor also commended the Chief Executive Officer of Bovie Farms Nigeria Limited, Mr. Diekivie Bovie Ikiogha on his initiative, describing him as a visionary who is committed to the economic development of the State and should be emulated.

On his part, the Commissioner for Agriculture and Natural Resources, Hon. David Alagoa said that the project was geared towards the world’s current focus of creating an agriculture value chain, adding that the market would foster the sales of food grown in the State.

He further acknowledged difficulty to own farm lands and perennial flooding as some of the challenges of farming in Bayelsa, and urged community leaders to make land cheap and available to members of their communities for the purpose of farming.

The Commissioner for Education, Hon. Gentle Emelah in his remarks, commended Mr. Diekivie on his inspiring initiative, stating that a similar vision was being birthed in him.

Speaking earlier, the C.E.O Bovie Farms, Mr. Diekivie said the unequal prices of agricultural produce across the nation birthed the initiative to regularize prices of goods through a cooperative which funds its members trading at the Bovie Commodity Market.

He further noted that the establishment of his cooperative and commodity markets in Benue, Ogun, Bayelsa, and Enugu States would ensure direct buying of agricultural products from farmers and fishermen, and in turn take the products to the Bovie Commodity Market for sale to traders at a subsidized rate.

The commissioning of the market was followed by a tour of the facility comprising food shops, fruit shops, a restaurant, a salon, and a pharmacy.

High-point of the event was the presentation of gift items which included Bayelsa grown and processed food products such as plantain and cassava flour among-st others to the Governor.

Also present at the event was the Commissioner for Information, Orientation and Strategy, Hon. Ayibaina Duba.