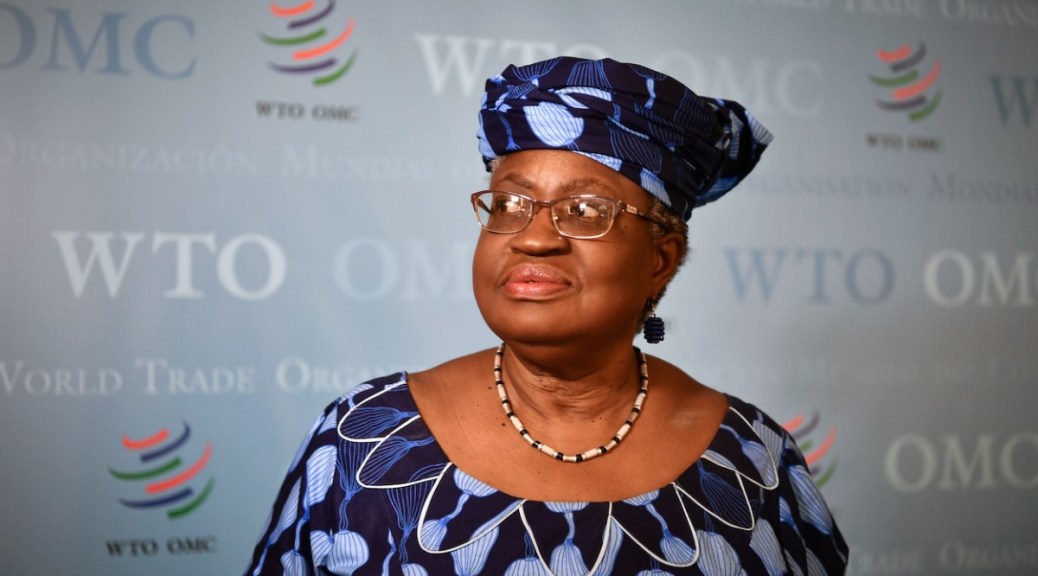 Nigeria’s Ngozi Okonjo-Iweala was slated to be the new Director-General of the World Trade Organization. She will be the first woman, and the first African, to lead the institution. But there was an unexpected glitch in the process.

But in a last ditch move, the United States representative at World Trade Organization took to the floor to insist that South Korea’s candidate remained a contender, and that Washington will not recognise Okonjo-Iweala as the consensus candidate for appointment as director-general.

In response to this, the General Counsel has postponed its announcement of the new Director-General until a further meeting, which is scheduled for 9 November; after the US presidential elections.

A panel at the WTO recommended her today for the position.

Today’s announcement that Ngozi Okonjo-Iweala is to be the new director-general of the World Trade Organization would have been a tremendous boost for Africa and lines her up for one of the toughest jobs in the international system.

Our sources in Geneva say that she had won the support from the vast majority of member states, including the EU, Japan and China, but not the United States.

She will have to lead the charge for a revival of multilateralism, in the negotiating chambers of the WTO and for a better deal for developing economies, as well as for the practical matter of how reforming trade and patent rules can allow the distribution of life saving vaccines and therapeutics as the coronavirus pandemic rips across the world on its second wave.