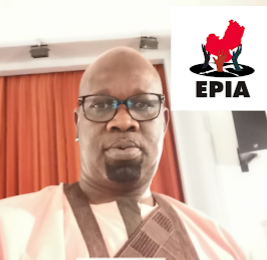 As part of preparations for the Edo indigenous home coming global festival, a Working Committee Chairman has been appointed. He is Mr. Ben Owens Ifionayi, who is from Edo South Senatorial District of Edo State.

According to Edokpolo, “the responsibilities of the Chairman working committee include helping EPIA/EIM to plan and organize or put the right modalities in place for the Edo indigenous home coming global festival bid for January, 2020”.

The EPIA leader urged Ifionayi to comply with EPIA/EIM guidelines and directives in carrying out all his duties in this regard.

According to EPIA boss, Mr. Ifionayi will be assisted by Engr. Tomi Ayannuga, and the Women Festival Committee Director, Mrs Comfort Osifo and the Women Chairperson, Mrs. Edith Westergard.

Responding, Mr. Ben Owens Ifionayi said he wholeheartedly accepted the offer to be the Chairman of Edo Indigenous Global Festival working committee charged with the responsibility of putting in place an action plan towards hosting a very successful festival that is scheduled to hold on January, 2022 in the glorious city of Benin.

“I would also like to express my profound and deep appreciation to our President for his insightful, courageous and visionary work with the EPIA movement ably supported by very smart and positive minded people as members of the executive team. May God grant him more wisdom to pilot the affairs of the movement”, said Mr. Ifionayi.