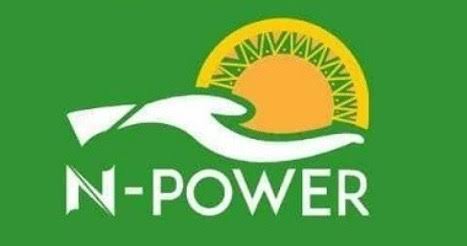 If you have been following the news lately, on and off social media, you must have been apprised of the N-power programme, which has been described as a critical component of President Muhammadu Buhari’s National Social Investment Programme (NSIP).

The ministry of Humanitarian Affairs, Disaster Management and Social Development under which the N-Power programme was domiciled after it moved from the office of the Vice President announced the transitioning and exiting of Batch A & B beneficiaries beginning June 30 and culminating on July 31st 2020.

The announcement was greeted by vitriol and anger on and off social media by the youthful, extremely vocal and so, not surprisingly social media savvy beneficiaries who did not wish to exit the programme even though Batch A beneficiaries had, somehow, managed to stay for over 40 months, 16 months longer than the programmes advertised 24 months.

When the Buhari administration took office in 2016, it shared the very ambitious vision of taking 100 million Nigerians out of poverty in 10 years.

The vision was clearly an ambitious one when viewed through the prism of available insights. Statistics indicate that our institutions of learning push out 4.5 million young people annually into the bulging job market. In 10 years that figure would be 45 million. Where were the jobs going to come from?

The president’s vision, it turned out, was not just a good-to-have election promise. It was a well-thought out policy of engagement and manpower development. In a technologically advancing world the president and his advisers had hit upon the idea of using the N-power programme to upskill graduates and non-graduates aged between 18 and 35 with skills and attributes that would make them employable for jobs of today and the future while also preparing them to take up the mantle of entrepreneurship.

Four years down the line, as the Batch A and B beneficiaries begin their transition, it is imperative to undertake a cursory of audit of how the programme has performed vis a vis that presidential vision while also taking a hard look at whether it is really needed.
The application portal for Batch C enrolment opened on Thursday June 26th 2020 to an enthusiastic response.

Figures from the ministry indicate that the portal was receiving as much as 100 applications per minute and in 48 hours over 1 million young and eligible Nigerians had registered. That number would climb to 3.9million in seven days.

If anyone needed proof regarding the imperative of such a manpower building programme that was proof positive.
But could the stampede to register have been a function of that long queue of young people out of jobs or was there something else?

A few weeks before the application portal opened, the ministry had begun a sensitization campaign and part of that included the sharing of testimonial videos on social media. The videos called “N-Power Success Stories” featured N-Power beneficiaries who had exited the programme voluntarily and had applied skills gained and funds saved during their time on the programme in setting up small and medium scale businesses.

It was a delighted honourable minister, Sadiya Umar Farouq, who announced a few days after the Batch C applications began that 109, 829 beneficiaries from Batch A and B had become entrepreneurs running small but thriving businesses in their communities. These were aside from those who had become gainfully employed after passing entrance exams and psychometric tests set by companies.

The announcement was significant because it underlined and highlighted the imperative of the N-Power programme by showing that it was not only bridging the unemployment gap by upskilling young Nigerians for employability, it was enabling and empowering them to become entrepreneurs and employers of labour.

Some of the beneficiaries, the ministry announced, had even been engaged as aggregators for the National Home Grown School Feeding Programme, another component of the NSIP.
Development experts tell us that SMEs are the engine room of most developing and even developed economies. Statistics from Nigeria indicate that this is also true here. According to the CBN, SME’s not only contribute 48% of national GDP in Nigeria they make up 98% of businesses in the country while providing employment to 84% of gainfully employed Nigerians.

A careful consideration of these statistics and insights will show that the coming of N-Power Batch C with a new set of young Nigerians who will gain skills for employability and entrepreneurship, Nigeria is gearing up proactively for post-Covid-19 when battered economies all over the world will be needing a shot-in-the-arm.
This speaks eloquently to the imperative and impact of N-power.